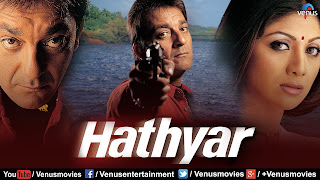 Hathyar is a 2002 Indian Hindi crime drama film. Directer by Mahesh Manjrekar. The film is a sequel to 1999's Vaastav. Starring Sanjay Dutt, Shilpa Shetty and Sharad Kapoor, Hathyar begins where Vaastav had ended and focuses on the son of Raghu bhai, Boxer bhai also played by Dutt. The movie was a commercial success at box office although it didn't live up to the expectations set by its prequel the film was the ninth-highest-grossing Hindi film of 2002.