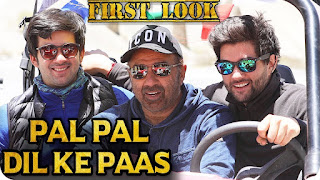 Pal Pal Dil Ke Paas is an upcoming Bollywood film directer is Sunny Deol and producer by Dharmendra. Principal photography began on 21 May 2017.The film cast Karan Deol and Saher Bamba in the lead role. Sunny Deol had auditioned over 400 girls From Which Saher Bamba is Selected in Lead Actress .This film is Release on 20th September. 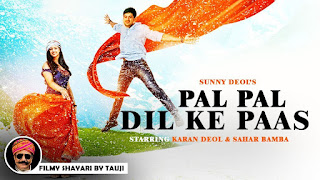 This Film shooting done Mostly in  Spiti Valley, Kunzum La, Rohtang, Manali region and Ladakh; while some of the parts are shot in New Delhi with a racing car sequence being shot at Buddh International Circuit in NCR.

The music of the film is composer is Sachet-Parampara and Tanishk Bagchi (noted) while lyrics are Siddharth-Garima.