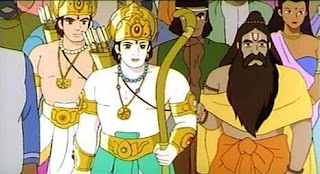 Ramayana : The Legend of Prince Rama is a 1992 Indo-Japanese traditional animation feature film directer by and producer by Yugo Sako and based on the Indian epic the Ramayana. The original English version with Sanskrit songs was screened and released on home video under various names including Ramayana: The Legend of Prince Rama and Warrior Prince.This film was made as a part of the 40th anniversary of India-Japan diplomatic relations and was worked on by teams from both countries. It was released in the United States in a different, further localized English dub with narration by James Earl Jones, prince Rama voiced by Bryan Cranston and additional music by Alan Howarth as The Prince of Light: The Legend of Ramayana in 2001.Moriyasu Taniguchi was an uncredited character designer and the original music was composed by Vanraj Bhatia.Ramayana received positive reviews with praise for its animation, music though it is criticized for poor voice acting at times.It was the opening film of the 2000 Lucca Animation Film Festival in Italy, a highlight of the Cardiff Animation Film Festival in the United Kingdom and won Best Animation Film of the Year at the 2000 Santa Clarita International Film Festival in the United States. 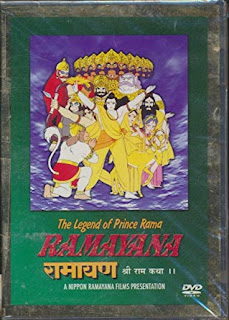