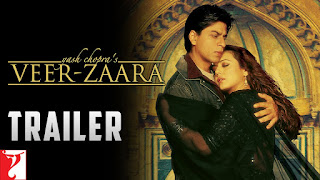 Veer-Zaara is a 2004 Indian romantic drama film directer and co-producer by Yash Chopra with his son Aditya Chopra. It stars Shah Rukh Khan and Preity Zinta as the eponymous star-crossed lovers; Veer is an Indian Air Force pilot and Zaara is a Pakistani woman hailing from a rich political family of Lahore. When Veer learns Zaara loves him, he quits his job to go to Pakistan, where he is imprisoned on false charges. Years later, a young Pakistani lawyer played by Rani Mukerji finds Veer in prison and upon listening to his story, tries to free him. Veer-Zaara had Divya Dutta, Manoj Bajpayee, Akhilendra Mishra and Anupam Kher play supporting roles, with a special appearance from Amitabh Bachchan and Hema Malini. 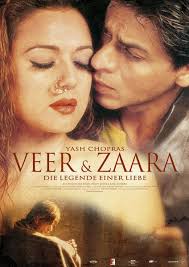