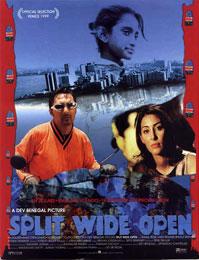 Split Wide Open is a 1999 Indian film directer by Dev Benegal. It is his second feature film after English, August 1994. The film primarily deals with the Water conflicts in the slums of Bombay, and paedophilia, and also looks at the subversive sexuality in modern India and how the notions of morality are challenged when sex and poverty collide. The film came under harsh criticism when released in India and has been one of the most controversial Indian films. 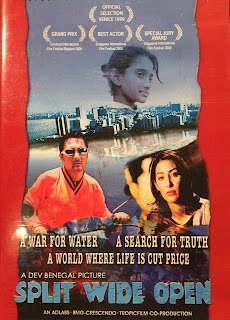