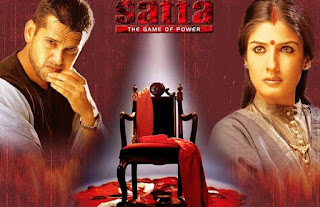 Satta is a 2003 Indian political drama film co-written and directer by Madhur Bhandarkar. It stars Raveena Tandon in the lead role and Atul Kulkarni, Govind Namdev and Sameer Dharmadhikari appear in the supporting roles.The film narrates the story of a persecuted wife of an greedy politician who takes on his role after he lands up in jail because of murder charges.Released on 7 February 2003, Satta received critical acclaim upon release and is considered one of the best performances of Tandon.The film was released on the same day as Khushi, Baaz: A Bird in Danger and Kash Aap Hamare Hote 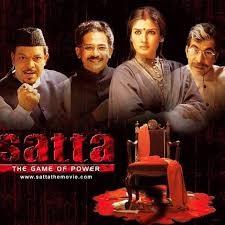