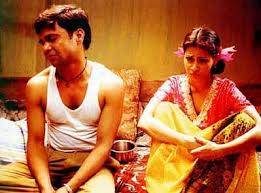 Main Madhuri Dixit Banna Chahti Hoon is a 2003 Bollywood Hindi comedy drama film directer is Chandan Arora & producer Is Ram Gopal Varma. The story follows a poor, uneducated woman who is a huge fan of famous Bollywood actress Madhuri Dixit to the extent that she aspires to become the new Madhuri Dixit by attempting to join the Bollywood film industry. The film was shot in Mumbai, India. The film received decent reviews upon release, with critics praising the films direction. 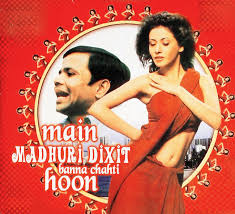 Chutki (Antara Mali) is a Die-hard fan of Bollywood film star Madhuri Dixit and pines for the chance to follow in her idol's footsteps. As she makes her wishes known to her parents, she learns that her parents have other plans for her that include an arranged marriage.
Chutki's best friend Raja (Rajpal Yadav) shares her dreams and offers to marry her so that they can work on Chutki's acting career. As soon as the two small-town innocents arrive in Mumbai, they learn serious lessons about the hardships of the profession and discover the numerous wannabes in direct competition with Chutki.

In keeping with the story line the costume designer (Reza Shariffi) created outfits for the lead character of Chutki which won him nomination in the year 2004 for Zee Cine Award 2004 for Best Costume Design.

Songs of The Film :